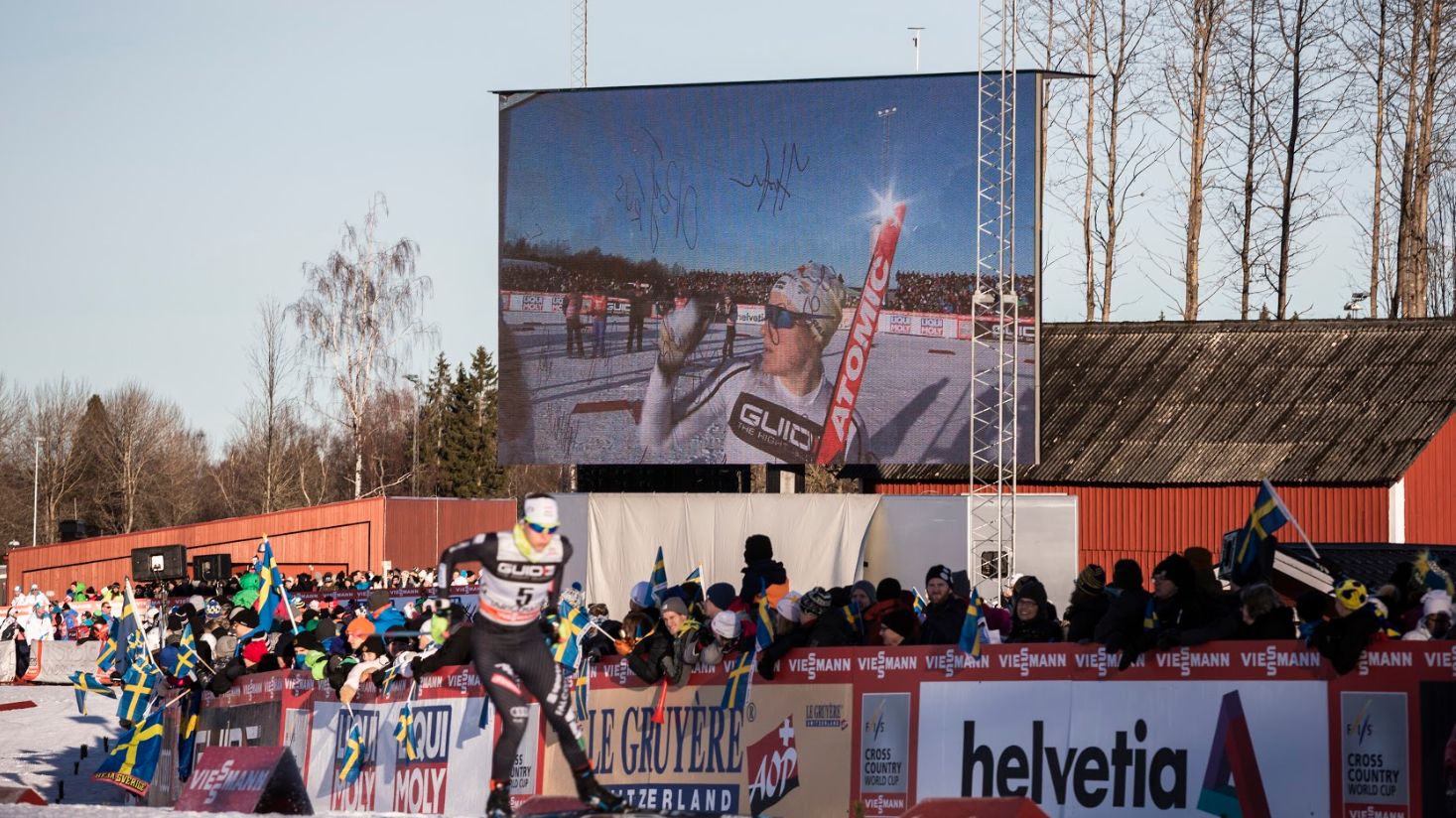 A prerequisite for it being a good experience for you as a visitor, is that you get as close to the riders as possible and get to feel the pulse when they pass by. Therefore, since the last event, improvements have been made for sound and information in more places in the forest.

Sound and speakers in the wood
For those who choose to be in place along the track in the forest, there will also be a medial experience of the competitions. Speakers and monitors are located at different locations so that the audience can follow the competition and the stadium peak. In the parts Väggen och Ryckåsen there is a local speaker, ready to reproduce the fight on the track's toughest parties.

Snow
At Lassalyckan there is one of the country's largest artificial snow facilities, which is needed to secure the supply of snow before the World Cup, and production has already started. In addition, there is snow saved since last year.

Since the races in 2017, the snow system has been expanded to be able to produce snow along the entire stretch of track. Around the race track of 5 km there is a buried snow canon system, which also includes the new stretch Väggen and most of the Ryckåsen party. Already there is a loop of about 4 km for anyone who wants to try out parts of the world cup race.

Another new feature is that Torget, a large screen will be set up to maximize the experience for you as a visitor.

Väggen
The expanded track has since 2017 been made tougher by the fact that Väggen has been added. The total increase on the track is now 190 m compared to the previous 166 m. Staff from FIS were and inspected the course during the autumn, and in November we were informed that the track is approved and now certified race track for 5 years.

Väggen will be a challenge for the riders, and the audience will have an experience well worth both to experience and see. This is about 1 km out of the stadium and thanks to the new tunnel under the track it will be easier to get there during the competition days.