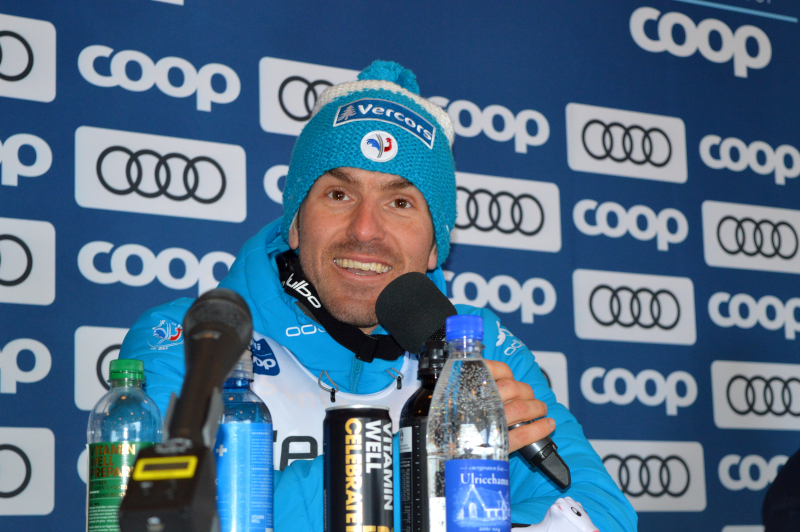 It was a French first place when Maurice Manificat won the season's first world cup victory. He was in goal after 34.55.4 minutes. "When I woke up this morning, I felt confident and the body was strong," says Manificat.

Silver and bronze went to neighboring Norway. The Norwegian Simen Hegstad Kreuger spent a long time with and fought about the gold but finally got the time 34.65.5, ie only 1.1 seconds after Manificat. 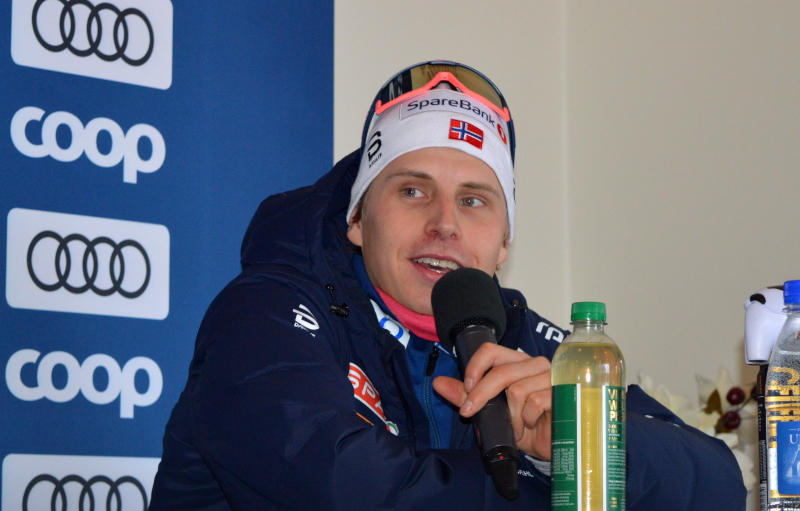 - It was a "tight fight" and it helped me fight when I was second, I really felt the adrenaline. But the audience and the atmosphere were fantastic and made me feel better and better, says Maurice Manificat.

The last podium took Didrik Toenseth, who went in 35.04.1 minutes 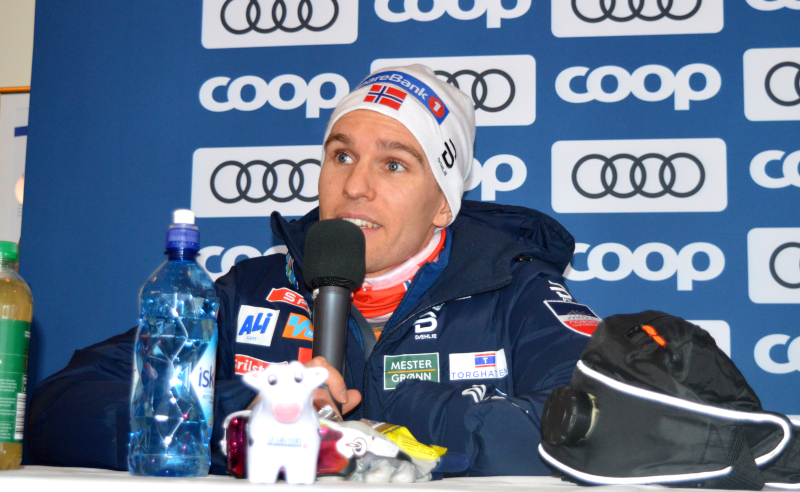 Best Swedish was Viktor Thorn who competes for Ulricehamns IF. Despite the problems with disc hernia, he raced 15 kilometers in 35.58.6.

Tomorrow is relay and Manificat believes that France has a chance.
- Norway is hard to beat but we will give everything for our colleagues and fight for the podium, says Maurice Manificat.