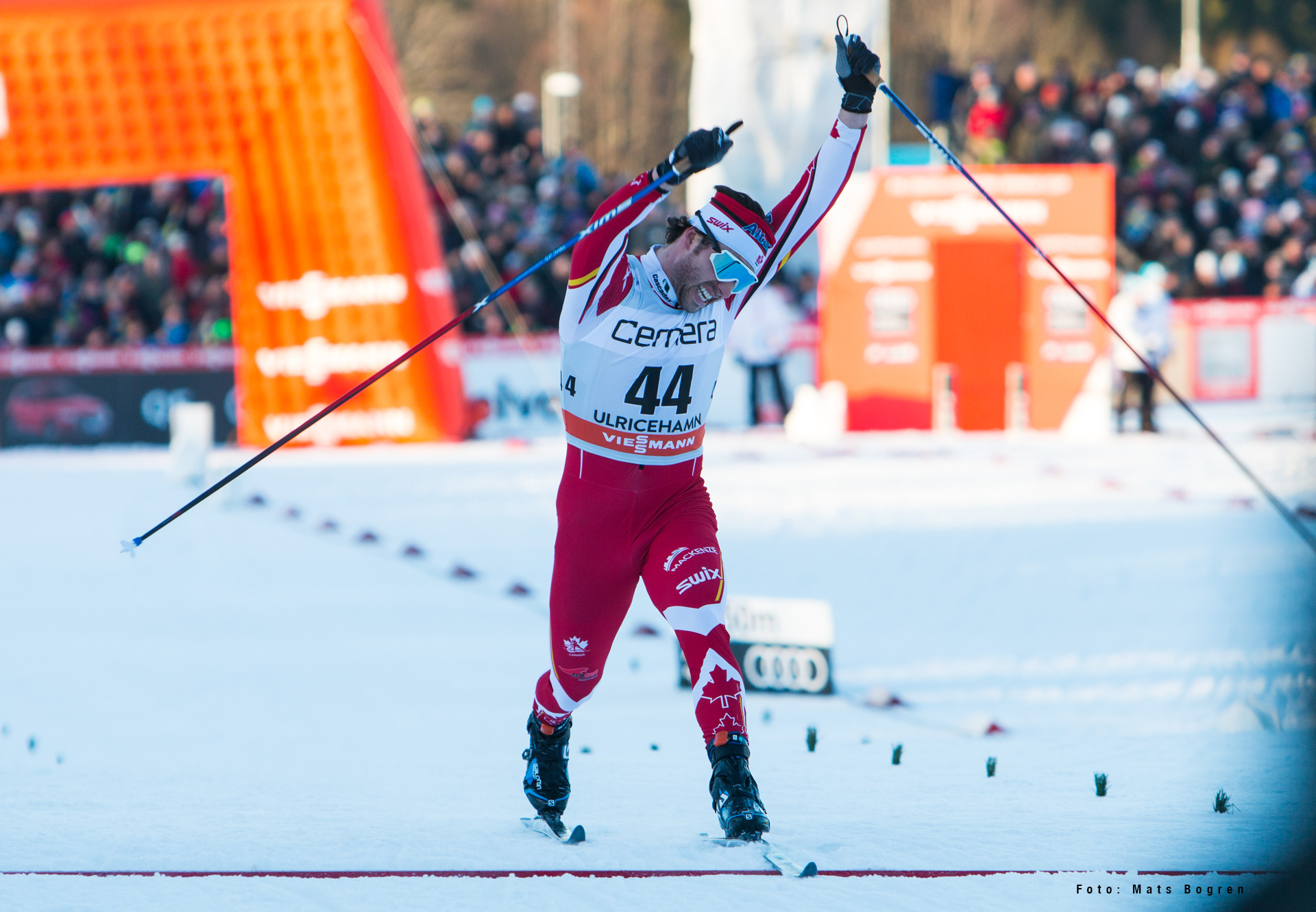 It was an exciting race when the men preformed 15 km freestyle today. Canadian Alex Harvey was the fastest over the finishing line.

Alex Harvey likes to compete in Scandinavia, where there are often many spectators at the contest events. He gladly praised the spectators in Ulricehamn.

- I would like to thank the Swedish public who shouted my name along the course track! It was unbelievable. With so many spectators, it felt like performing in Oslo or even better!

Martin Johnsrud Sundby came in second place with a margin of six seconds.  Even Martin was lyrical about the atmosphere at today’s competition.

- As it was today, I could easily perform all of the World Cup races in Ulricehamn! There was a completely unique atmosphere. It is seldom we have it like this. Holmenkollen will have a struggle keeping up with the atmosphere and energy that we experienced along the track today. A fantastic experience for me!

It is not only the public  support that is important for a great competition event. The snow quality is naturally also decisive. Martin admitted to being slightly nervous yesterday, but today was pleased.

- Great snow, it was poorer yesterday but something happened during the night.

Marcus Hellner was third in the race, 14.3 seconds after Alex Harvey. Ulricehamn is not a new competition area for Marcus. He said that he has performed here since he started skiing as a child. Even Marcus praised the 30 000 strong public who cheered him on.

- They encouraged me greatly. An awesome, great atmosphere; it carries you forward, said Marcus enthusiastically.

Marcus is pleased with today’s race which gave him a good performance status. Now he just needs to recharge before tomorrow’s relay race.