The snow is secured to the races 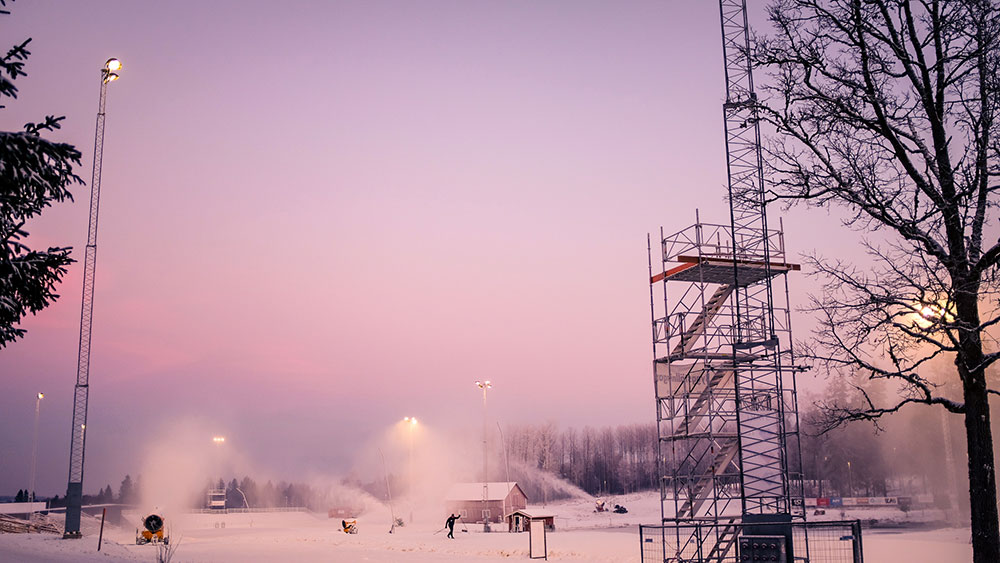 The cold the last few days has meant that the snow cannons on the arena Lassalyckan in Ulricehamn have been in full swing. This means that the entire course of 5km is now secured with snow and will be ready in good time for the World Cup competitions January 26-27.

In the coming week, the last snow will be prepared with a piste machine and confirm to the International Ski Federation (FIS) that the competitions can be carried out as planned.

- The snow cannons have been in full swing in the last few days, which resulted in snow volumes that are according to our plan. The weather forecast looks good in the future and it is fun to be able to state that the entire 5 km course will be ready in good time, says Stefan Jalderyd, race leader World cup Ulricehamn.

WETHER ALWAYS HARD TO EXPECT
Ski competitions require snow and in Ulricehamn there is one of Sweden's best artificial snow-making facilities. As soon as the thermometer shows a few degrees below zero, non-profit forces from the organization are snow-sure in Ulricehamn in place to produce snow.

- We have never really been worried even though it is difficult to predict the weather. All parts of the organization have been set for a course of 5 km and now it is in place, says Johan Falk, CEO of the World Cup Ulricehamn.

SAVED SNOW
A large snow pile of about 10,000 m3 has been lying all summer with an insulating cover of sawdust. The saved snow has been a reserve to be able to distribute along the track if it is not possible to produce new snow.

- It has been safe with the snow pile but nice that we can now state that the saved snow does not need to be used for the track, concludes Johan Falk